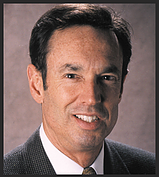 Malcolm Lazin is the executive director of Equality Forum, a national and international LGBT civil rights organization with an educational focus.  Prior to his work with Equality Forum, Malcolm was a federal prosecutor and led successful major grand jury investigations focused on public corruption. He received the U.S. Attorney General’s Distinguished Service Award, the Department of Justice’s highest honor.  He also served as a commissioner and then the chair of the Pennsylvania Crime Commission, the principal state agency investigating organized crime and was also a litigation partner in a Philadelphia law firm.

Malcolm was president of a real estate development firm that built the first major project on Philadelphia’s waterfront. He chaired the Philadelphia Waterfront Developers Council, which spearheaded infrastructure improvements. He conceived the idea to light the Benjamin Franklin Bridge; helped form the bi-state committee; and co-chaired development, which raised $1.7 million to fund the project.  He was also the executive producer of three award-winning documentary films:  "JIM IN BOLD," "Gay Pioneers" and “Saint of 9/11”.

Throughout his career, Malcolm was the recipient of numerous awards, including the 2005 Creative Leadership in Human Rights Award of the National Education Association (NEA) and the 2006 Distinguished Alumnus Award of Lebanon Valley College. He was also a 2007 Prime Mover of the Hunt Alternatives Fund, which annually selects eight national nonprofit leaders who are spearheading innovative, strategic, progressive movements.

Malcolm has always been a champion of LGBT visibility in local politics. He successfully put together an impactful celebration of the 50th anniversary of the Annual reminders in 2015, which received national coverage and celebrity guests such as Wanda Sykes.